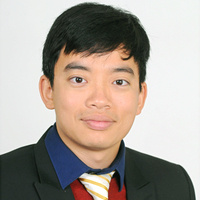 Duy Trinh is a PhD Candidate in Political Science at the University of California, San Diego. A native of Vietnam, his work focuses on political dynamics within non-democratic regimes.

Duy Trinh will look inside the political systems of Vietnam and China. Despite both being single-party regimes, the countries exhibit diverging forms of elite competition. Compared to their Vietnamese counterparts, intra-elite struggles in China are more frequent and violent, unfolding through sharply delineated factions. This talk traces the origins of this difference to different historical experience with external military threats. Conflicts during the Chinese Civil War drove Chinese elites into isolated “mountaintops” and led to the creation of non-overlapping factions based on geographic and professional ties. In contrast, military casualties suffered during the Vietnam War homogenized Vietnamese Communist Party cadres, weakened North-South cleavage, and generated factions around policy rather than geography.

Sponsored by the International Studies Concentration.

Free and Open to the Public.