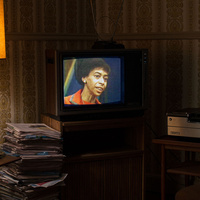 Marion Stokes secretly recorded television twenty-four hours a day for thirty years. It started in 1979 with the dawn of the twenty-four-hour news cycle and ended when Marion passed away in 2012. In total, Marion recorded on 70,000 VHS tapes, capturing revolutions, lies, wars, triumphs, and catastrophes that tell us who we were and how television has shaped the world of today.

Themes: news, media, and digital literacy in the 21st century; critical consumption of media and news; media’s influence on public opinion; who creates and tells our stories and shapes the media landscape