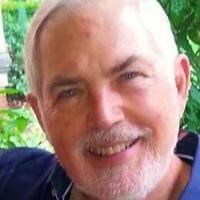 "Toni Morrison's Beloved and the Language of American Fiction"

University of Pittsburgh Prof. Jonathan Arac is a formidable scholar of humanities whose work gained sustained international repute. He returned to University of Pittsburgh in 2006 after five years at Columbia University, where he served as department chair. Since 1979 he has served on the editorial group of boundary 2, an international journal of literature and culture. He is author of five published books on American and British fiction, poetry, and social criticism. Two new books are approaching their final stages, one on literary study since the 1960s and one on the novel in the US and on questions of language in American writing.  He has also edited six published volumes of original essays by many hands on topics in criticism.  From 2002 to 2012 he chaired the Advisory Committee of the Canadian Institute for Advanced Research program on Successful Societies.

Sponsored by the Humanities Concentration.

Free and open to the Public.